You are here: Home / Visits-Discoveries / The Cheese Factory 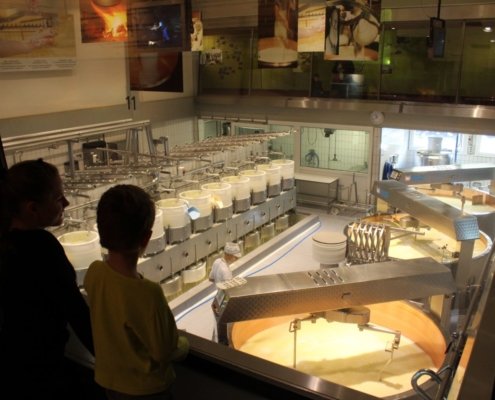 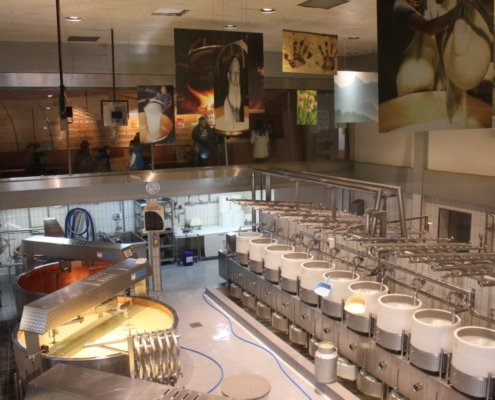 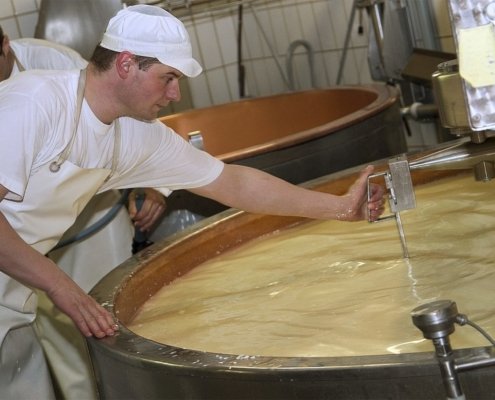 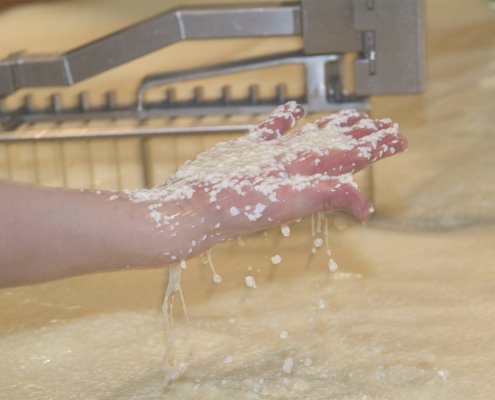 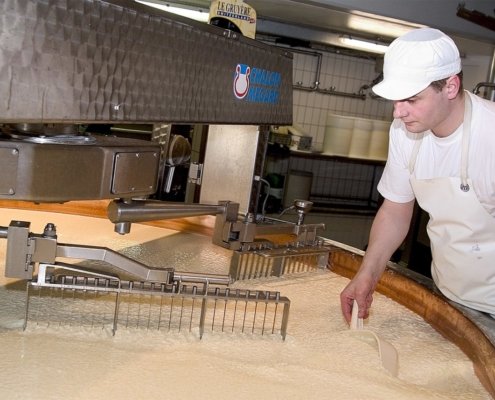 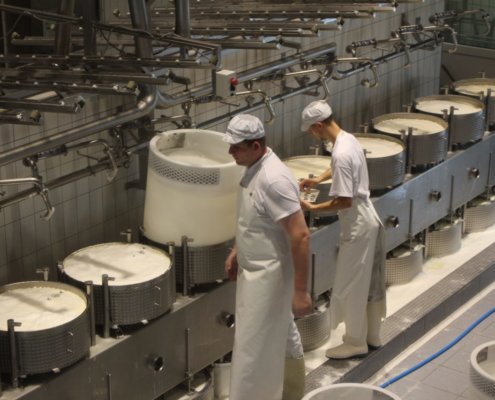 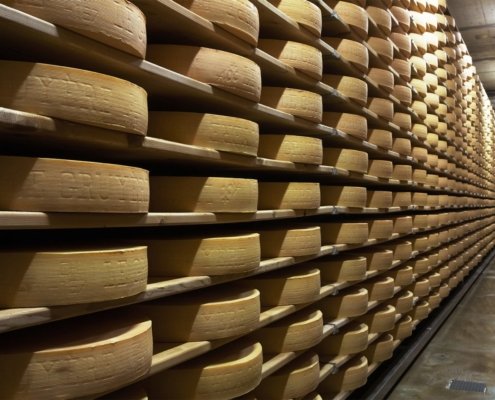 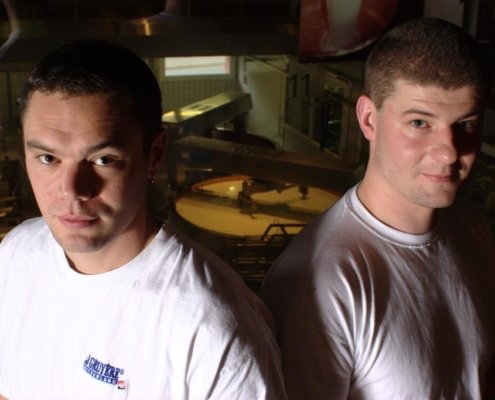 Twice a day 36 farmers deliver their milk to the fromagerie (cheese dairy), milk from cows that graze the lush grass and fragrant flora of alpine meadows situated between 800 and 1600 m above sea level (2400-4800 ft). Under the watchful eyes of visitors the masters cheese-makers and their team produce up to 48 wheels of Gruyère a day, observing the stingent AOP (appellation d’origine protégée) specifications.

Figures
The cheese dairy is equipped with four vats with a capacity of 4’800 litres, and a cellar used to mature 7’000 wheels of cheese.

The production
The cheese is producted 2 or 4 times a day, between 9 am and 11 am and between 1 and 2 and half pm, according to the season. The duration a cheese production is 2 and half hour. Timetable with details is in useful documents.

Presentation of the masters cheese-makers
They share the same surname, a relationship of small cousins, the occupation of master cheese-maker and since December 2004 the same responsibilities. Jacques and Nicolas Ecoffey take over the direction of the Cheese dairy .
Jacques and Nicolas Ecoffey have just obtained respectively the best “Maîtrise fédérale” results of Switzerland and the second the best one for the french part of Switzerland.